IS THE JOB YOU REALLY WANT THE ONE YOU HAVE NOW?

Three ways to prepare for a better position

How do you get the job you really want? What sets you apart from those who are passed over year after year?

For people whose ambitions rise above their current station, here is some timely advice from someone who has been where you are now.

Be the Best at What you Have in Front of You

See if these archetypal scenarios resonate with you.

Alice arrives at work every morning bedraggled, unready for what faces her and ready to complain. In fact, the first thing her co-workers hear is Alice bemoaning the quantity, “stupidity,” and “uselessness” of her responsibilities. She frequently makes it clear that she ought to be a couple of pay grades higher by now and no one appreciates her. At the end of the day, she has done her duty and no more. On her regular review: “Consistently adequate.”

Then, there’s Bob. He often arrives to work early. He uses the extra time to automate part of his task list, so it’s more efficient and resistant to human error. The repetitive task list is a lot easier now and there’s time for tweaking the process even further. There’s also time to take on some training that makes him an expert in two or three other functions that have a bearing on his to-do list. Bob is always on the look-out for ways to improve even the simplest task, making it better for everyone involved.

If you’re the person who is determined to run the most innovative, efficient and high-performing office in the city while taking personal pride in the quality of your work — whatever it is — you’ll go far.

The point? The person who pushes the limits of what’s expected will be noticed.

Get Friendly with Decision Makers

When the boss walks in, some scurry for cover while others quickly try to look busy. Charlene does neither. Instead, she gets up, walks over and extends her hand to say, “hello.” Charlene remembered the staff meeting from a week ago about a particularly troublesome issue addressed by management. So, she inquires about what happened. This is not a practice in sycophantism. Charlene really wants to know — because she shares in the company’s successes and challenges.

Meanwhile, Charlene’s colleagues glance over at her, presumably with unkind thoughts. However, she knows that in a year, she’ll be the boss walking in and they will still be scurrying for cover.

Who are the decision-makers in your place of work? Do they know you? Do you appreciate them? It’s no secret that most people, choose those they know and trust to join their team. If it comes down to a choice between two names being considered for a promotion, one known and the other not so much, it’s obvious who has the edge. 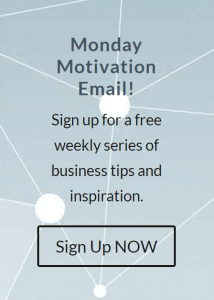 Dave volunteered for the building safety committee. While his colleagues were making excuses for why they couldn’t do it, he decided to say, “yes” for more than the quarterly free lunch. The committee will consist of people from several departments at different levels of responsibility in the company. Dave wants to familiarize himself with the staff.

Most businesses have some kind of outreach program or participate in charitable events, or have needs for roles in task forces or ad hoc committees that cut across the usual silos. Why? People you know are easier to promote than people you don’t. Volunteering for duty is a great way to place yourself in a position to be known by others, who may someday be decision makers.

David Geffen. Simon Cowell. Jack Welch. Roger Goodell. These are just a few of the titans who worked themselves up from the bottom. Each of them applied their ambition to the tasks in front of them, introduced themselves to people they knew could help them and went above and beyond to find their way to the top. You can, too!

We hope you found this article helpful.

If you enjoyed this article, please take the time to share it on any of these Social Media networks. Thank you!